In communities across the country and around the world, NSDAR chapters participate in…

Upon membership in the DAR, these are just some of the outstanding committees you’ll be able to serve:

Conservation: Encourages study of and participation in conservation efforts.

Constitution Week: DAR sponsors special programs during the week of September 17-23 to inform and educate the public about the United States Constitution. This week-long celebration of the Constitution was initiated by the DAR in 1955 and adopted by the U.S. Congress in 1956.

DAR Magazine: American Spirit magazine and Daughters newsletter are published bimonthly to inform and motivate the membership to raise the visibility of the National Society within the community.

Program: Supplies a variety of programs available on slides, video, DVD and other formats for use as chapter programs.

Public Relations and Media: Promotes DAR objectives and accomplishments in all available media to increase public support and awareness of DAR’s work.

Women’s Issues: Educates the members about current issues that are important to today’s women such as health, career, and family. 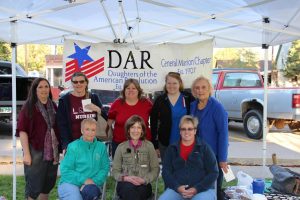 Commemorative Events: Identifies opportunities for commemorative events and promotes participation in celebrations that support the historical, educational, and patriotic objectives of the Society.

DAR Genealogy Preservation: More than 20,000 volumes of unpublished source records have been copied and bound for the DAR Library.

DAR Museum Outreach: Responsible for informing members and the public about the DAR Museum and its exhibits, programs, and needs.

Genealogical Records: Collects and indexes unpublished records of a genealogical nature and prepares them for binding and placement in the DAR Library.

President General’s Project: The President General’s motto expresses the ideals and true spirit of the Daughters of the American Revolution. For more than a century, DAR members around the world have worked to promote historic preservation, education, and patriotism. 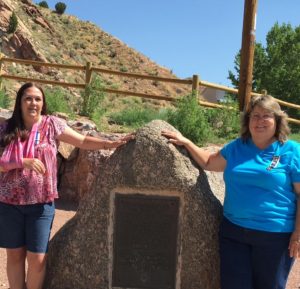 Americanism: Promotes knowledge, loyalty and love of country for American citizens, whether naturalized or citizens by birth; awards the DAR Medal of Honor and the DAR Americanism Medal.

Children of the American Revolution: Founded in 1895 by DAR, this committee provides patriotism and leadership training to today’s youth.

Community Service Awards: Recognition given to local citizens for outstanding achievements in cultural, educational, humanitarian, patriotic, and citizenship work in their communities.

Service to America!: Members are encouraged to provide service within their communities to support the motto of the NSDAR of “God, Home and Country” and speak to the promotion of historic preservation, education, and/or patriotism.

The Flag of the United States of America: Thousands of flags, flag codes, certificates, and other patriotic literature distributed annually. 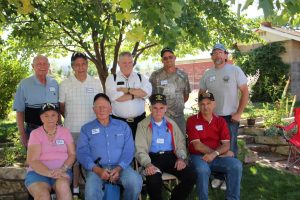 Chapter Achievement Awards: Provides recognition for chapters who have been successful in supporting the DAR’s varied programs and activities.

Friends of the Library: Works on important fundraising tools to assist the Library and the Seimes Technology Center with special projects.

There’s always great work to be done! Contact us to learn more about any of these opportunities! 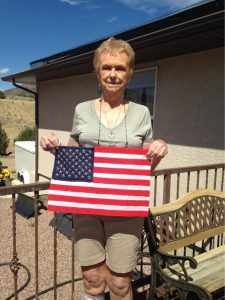