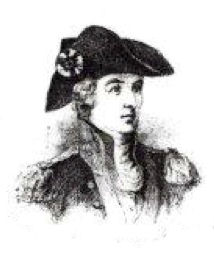 Brigadier General Francis Marion was inducted into the Ranger Hall of Fame for his distinguished service as a Ranger leader during both the French and Indian War and the American Revolution.

During the French and Indian War, he fought against hostile Cherokee Indians, who were making raids on frontier settlements in South Carolina. He and his men adopted many tactics used by the Indians and used them to their advantage.

In the American Revolution, Brigadier General Marion directed Ranger-type operations against the British throughout the southern colonies. Marion’s men conducted raids on British encampments and ambushes on their supply lines.

The South Carolinians once captured a British prisoner of war camp freeing 150 Colonial survivors of the Battle of Camden. It was during this time that Brigadier General Marion earned the nickname the “Swamp Fox” because of his ability to use the cover and concealment of the swamps to strike British and Loyalist forces at will. The operations conducted by Francis Marion were key in preventing the British from securing the southern colonies.

Brigadier General Marion brought great credit upon himself, the state of South Carolina, and the United States Army. His actions and outstanding service to the United States of America truly exemplify what it means to be a Ranger.